For the up coming Weather Tech SportsCar Championship season, all the talk in the prototype class is about the last season of the Daytona prototypes, and the phasing in of the P2 cars from makers like Ligier. There has been very little said about the one car that could trump them all, Mazda.

Since 2013 Mazda has been pioneering it’s Skyactive diesel powered cars. First running a pair of Mazda 6s in a small GX class of the Rolex Grand AM series with only a few other competitors. In 2014 they premiered two P2 cars based on a Lola B08/80 chassis, and using the same 2.2 liter four cylinder turbodiesel engine. However two years of development produced only mediocre results. A consummate mid pack runner, their best results were two 7th place finishes at Monterey and Mosport. An ongoing problem of heat dissipation that lead to power falloff constantly plagued the cars.

For the 2016 season Mazda has shelved the diesel engine in favor of a more traditional gas powered one. Based on a reengineered Lola chassis, the new car uses their MZ-2.0T inline 4 cylinder turbocharged power plant. Developed in conjunction with AER, the 2.0 liter engine produces 570 horsepower at a maximum 9000 RPM. Test sessions conducted last year yielded results so promising that Mazda would not release the exact numbers. All they would say is they were very impressed with the cars performance. If they perform anywhere near as well as the Mazda powered Dyson P1 cars of the past, it could make for some great racing in the prototype class in 2016.

With the 2016 Chicago Auto show less than a month away, I thought I would take a look back at some of the more interesting items from last years show.

Star of the show:
Most people myself included thought the reintroduction of the Acura NSX would be the highlight of the show. Then along came Ford with the stunning Ford GT. The new design techniques, and technologies incorporated into this amazing car are mind boggling. When I asked representatives about future racing plans, I was told there were no plans to race the car. Nobody believed them. Mid year Ford revealed (what had to be the worst kept secret in automotive history) that the new Ford GT would compete in the IMSA Weather Tech series, and the 24 hours of Le Mans. Who would have thunk it.

Stolen Thunder:
Yes, the Acura NSX. Despite being seriously overshadowed by Fords announcement, the NSX is quite an attractive and capable car. Having a GT3 spec version in time for the show would have lessened the blow, but not by very much. 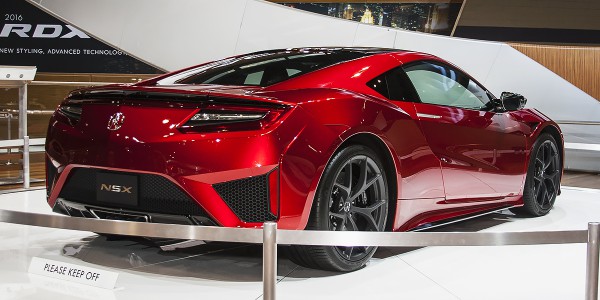 Surprise and strangeness:
I saw no mention that it would be there, so imagine my surprise when I turned a corner and came face to face with Nissan’s GT-R LM NISMO LM P1 car. While I personally find it to be quite unattractive (actually butt ugly) as prototype cars go, I am a big fan of innovation. This car was the definition of innovation. It’s hybrid power was nothing new as Porsche and Audi are already using these. What made it radically different was it’s front engine, front wheel design. This combination had never been used in prototype racing.

Unfortunately it was a major failure with poor performances in all of it’s outings. They were unable to get the hybrid system to work properly, and other handling and reliability issues forced Nissan to withdraw the car part way through the World Endurance Championship season. The program was officially cancelled in December. 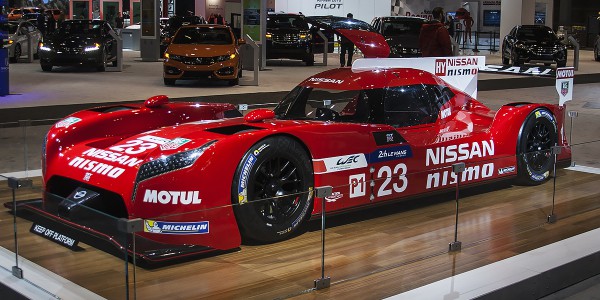 Really?:
Until this year BMW had only ever made one (that’s “1”) car that I truly liked, the “M1”. The i8 made it two. Besides being the most attractive car to come out of Bavaria in some time, this thing is loaded with neat features. I’m guessing it has a 400+ page owners manual. 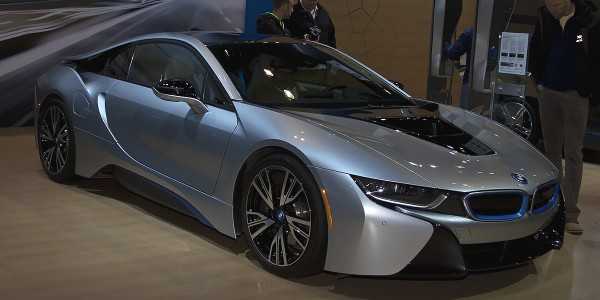 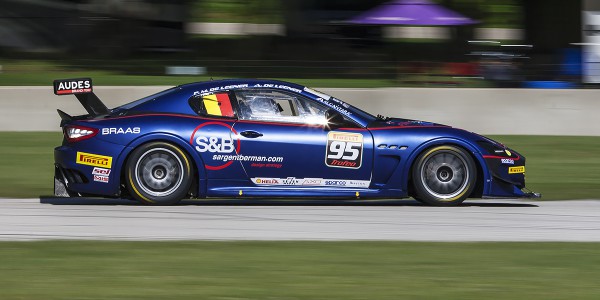 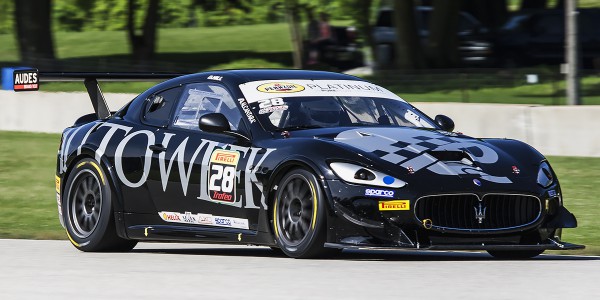 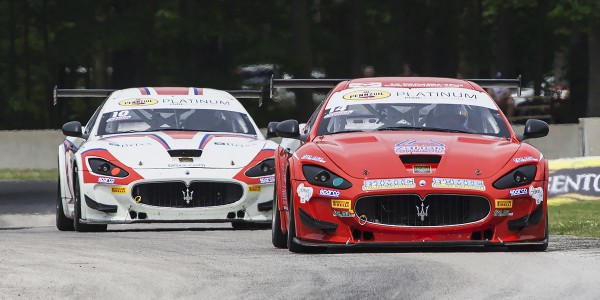 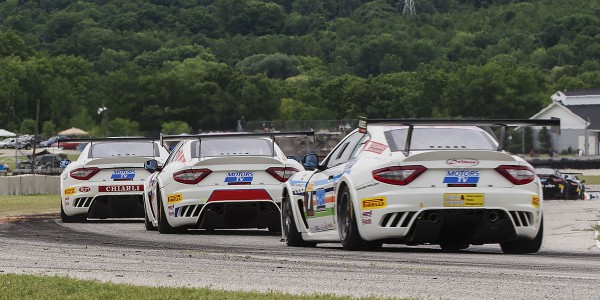